When it comes to the very roots of heavy and thrash metal, genres that branched out of the core of hard rock music, there is one band that significantly influenced thousands of musicians and millions of fans worldwide, laid the groundwork and pushed the mainstream boundaries like no other, while establishing a popular legacy act throughout the decades: you guessed right, it’s Metallica!

We’re about to dive deep into Metallica’s early years, visiting the Essential’s of Metallica’s discography, taking a look at some of the band’s legendary live performances while also pointing out some interesting lesser-known facts about the heavy metal supergroup’s rise to stardom. Continue reading and find out what are Metallica are up to today in the end of the article!

Lars Ulrich, the drummer, founded the band in Los Angeles in 1981. After 40 yeas of wild records and concerts, the band is still popular and relevant to this day, with millions of fans across the globe. Here’s a list of the now-classic milestones in Metallica’s record history, which rose the band to international fame.

Coming out of Bay Area, Metallica shocked listeners by debuting their raw and furious (but sophisticated at the same time) speed metal album Kill 'Em All in 1983,which almost single-handedly established thrash metal and defined the pattern for every other speed and heavy metal band active thereafter. With crunchy power-riffs igniting songs like Whiplash and Metal Militia, Metallica’s music breathed fire, and the best was yet to come.. 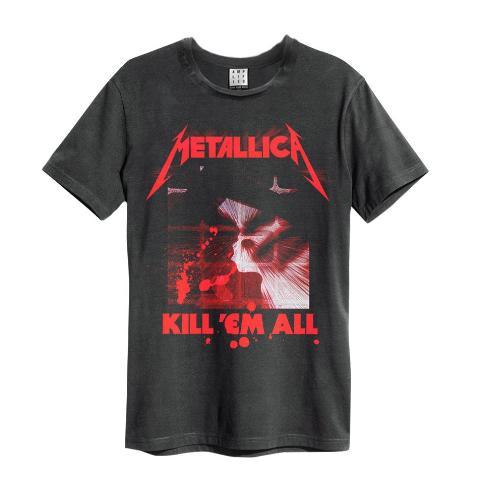 Just a year after, the band came back with Ride the Lightning, with lyrics evolving around the tough topics of death and suicide, capital punishment and nuclear warfare (the spectrum of issues that would later become metal's “favorites). Sharing their worldviews complemented by cutting-edge riffs, structure and chops combined, the band elevated musically, while consequently expanding it’s audience at the same time.

The third Metallica album helped shape what was later distinguishable as the “metal” sound Unquestionably one of the best metal albums of all time, Master of Puppets shacked the core of extremity-oriented music (and bands..)  through a reimagining of progressive rock with more direct propulsion that was both incorporated into mass culture and a stronghold of musical growth.

It was music that was dissatisfied with its own estrangement and was ready to strike out as a stadium-level alternative that required a deeper understanding. 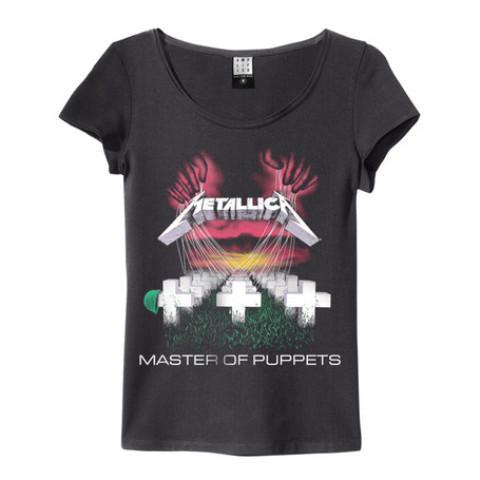 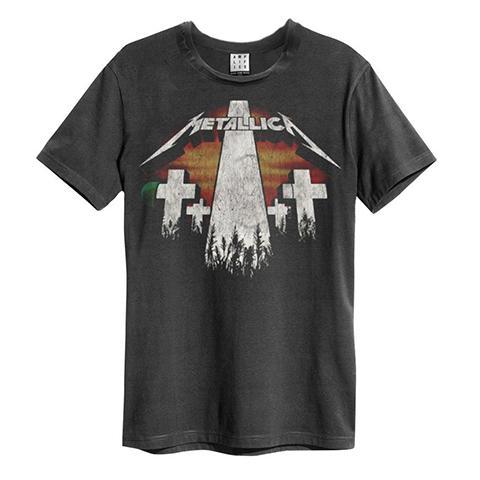 Master of Puppets came to define Metallica, and the death of bassist Cliff Burton on the album's tour was the finale of a glorious period for the group, as they went from being acclaimed as the most significant metal band on the globe to becoming another infamous metal band permanently tainted by a terrible tragedy.. ...And Justice For All (1988)

After the tragic death of the now-legendary bassist Cliff Burton, Metallica came back with a monster-record which brought them back to the front-lines of the metal movement. An hour long, produced at top-quality and and listing 9 songs, this now-classic album is filled with brutal uptempo power-songs, while at the same time showcasing the band’s ability to include melodic parts and acoustic textures (like the famous intro on the album’s titletrack, ...And Justice For All) 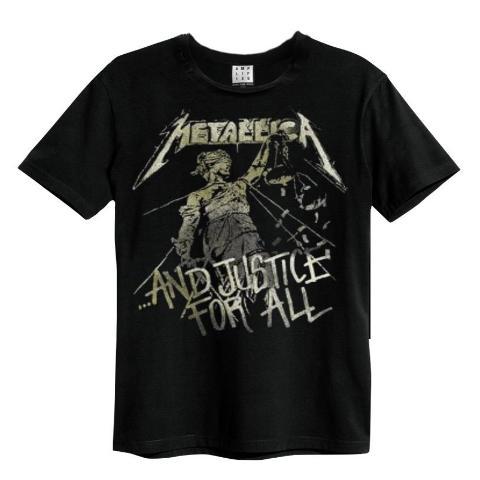 Metallica had previously been vocal about their dissatisfaction with parts of the music industry that they saw as deceptive, such as pandering for mass acceptability by making their music more accessible or shooting music videos, which were a relatively new medium at the time.

This changed with the release of Justice's first-ever video for the song "One." which, despite the minor mainstream media support, quickly reached the Top Ten and sold over a million copies. 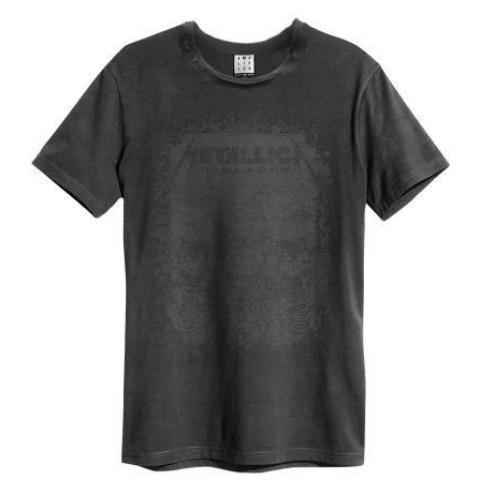 After years of furious thrash metal, Metallica streamlined everything and became the world's largest band.

The dark, powerful sound of The Black Album would forever change the path of heavy metal music, while sparking controversy among metal fans and musicians.

Metallica fans in 1991 witnessed not only the progress of songwriting and structure, but also a fresh and crisp sound, thoroughly produced by the famous rock-guru Bob Rock. Bob encouraged the band to record in ways they weren't used to, such as setting up to perform together in the same room or making Hetfield play his guitar while recording vocals.

The producer also left his imprint on the band by transforming Hetfield from a raw thrash yeller to a polished rock singer and frontman.


The Black Allbum is the best-selling album of the last 25 years, having sold close to 20 million copies worldwide since it’s release in 1991. Long story short, if you only know one thing about metal music, it is the six-note opening riff to "Enter Sandman." 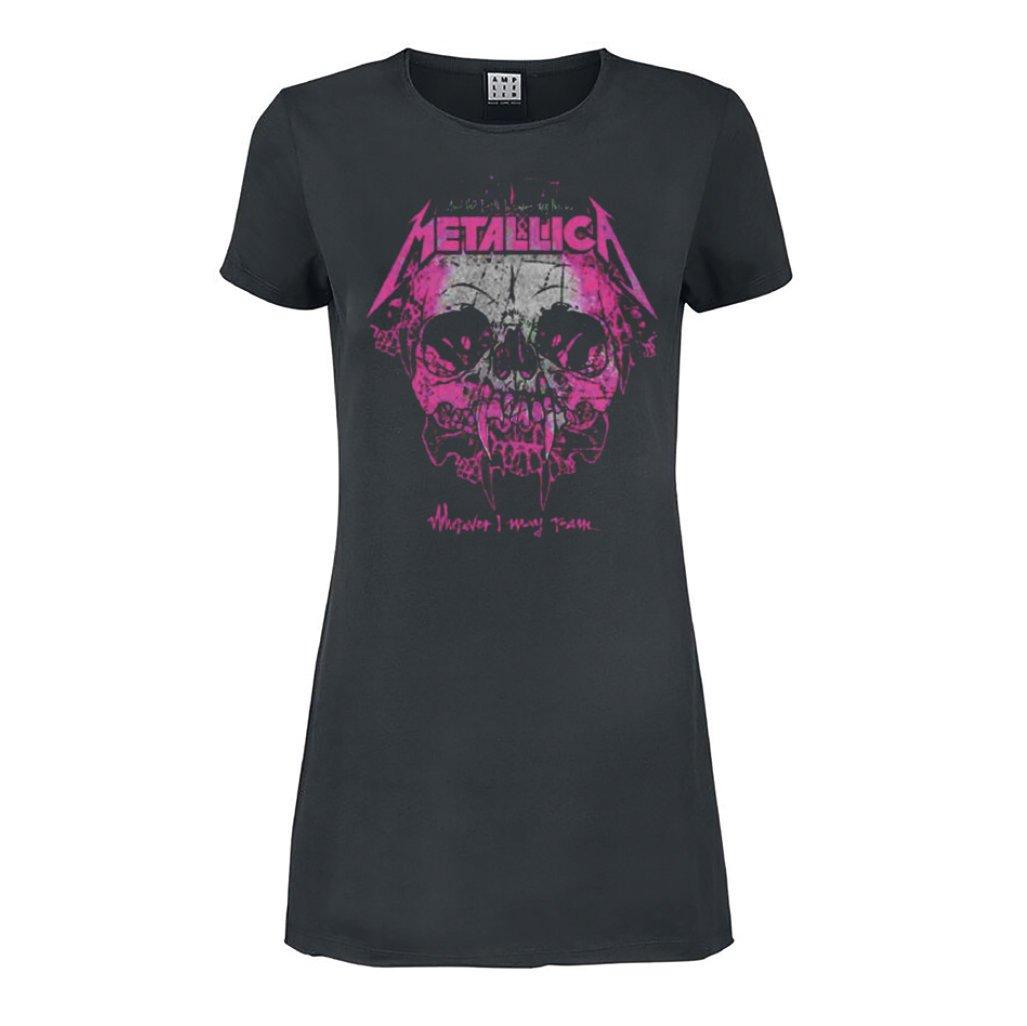 Metallica’s consents are legendary, and their live performances paved the way to the band’s stardom. Metallica, in reality, has TWO world records to their credit.

The Freeze 'Em All tour in 2013 made Metallica the first band in history to perform on all seven continents. The band also took part in the infamous Monsters of Rock concert in Moscow in 1991. The lineup, consisting of other super-bands like AC/DC and Pantera, brought a staggering 1.6 million people in attendance(53 people died at that time).

The inspiration for this song came from Anthony Hopkins' 1978 film Magic, which is about a ventriloquist who is dominated by his wicked puppet. 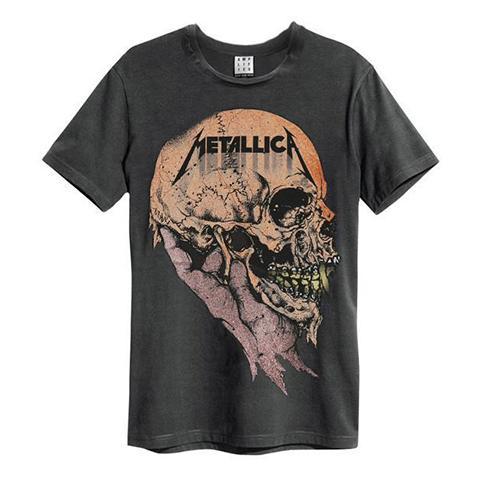 The sleeve art for the single was designed by Pushead (Brian Schroeder), and depicts two skulls staring at one other.

When James Hetfield saw the depiction of the song, he heard it in a new way.

In 2012, Hetfield told Rolling Stone, "I had no idea the contradiction in the song was so obvious.

That's what he caught up on: good and evil; the private me and the public me."

Robert Trujillo gets one co-writing credit on the band's most recent record, Hardwired... To Self-Destruct, while Kirk Hammett received none. Except for "(Anesthesia) - Pulling Teeth," which was written entirely by Cliff Burton, James Hetfield has written or co-authored every single Metallica song ever written.

With the exception of "Pulling Teeth" and "Motorbreath"(Kill Em All.) which were written entirely by James Hetfield – Lars Ulrich is credited on all Metallica songs. In 2012, the band founded Blackened Records and purchased the rights to all of their prior tracks, which they republished on their own label.

They are not only one of the most popular bands in the world, but they are also one of the most generous. In 2017, they established their own charity, All Within My Hands, which distributes millions of dollars to worthwhile organizations each year.They gave 1.6 million dollars to community colleges as recently as May 2021.

They often support food banks and the Hamilton Foundation, which offers shelter for children and single moms. Apart from over a million dollars in hardship funds for bands and crews affected by COVID 19, they gave to the NSW Rural Fire Service, the world's biggest volunteer firefighting organization, while they battled wildfires in Australia in 2020.

Just like Sad but True, this song is influenced by the 1975 film One Flew Over the Cuckoo's Nest, which starred Jack Nicholson as a mental patient. 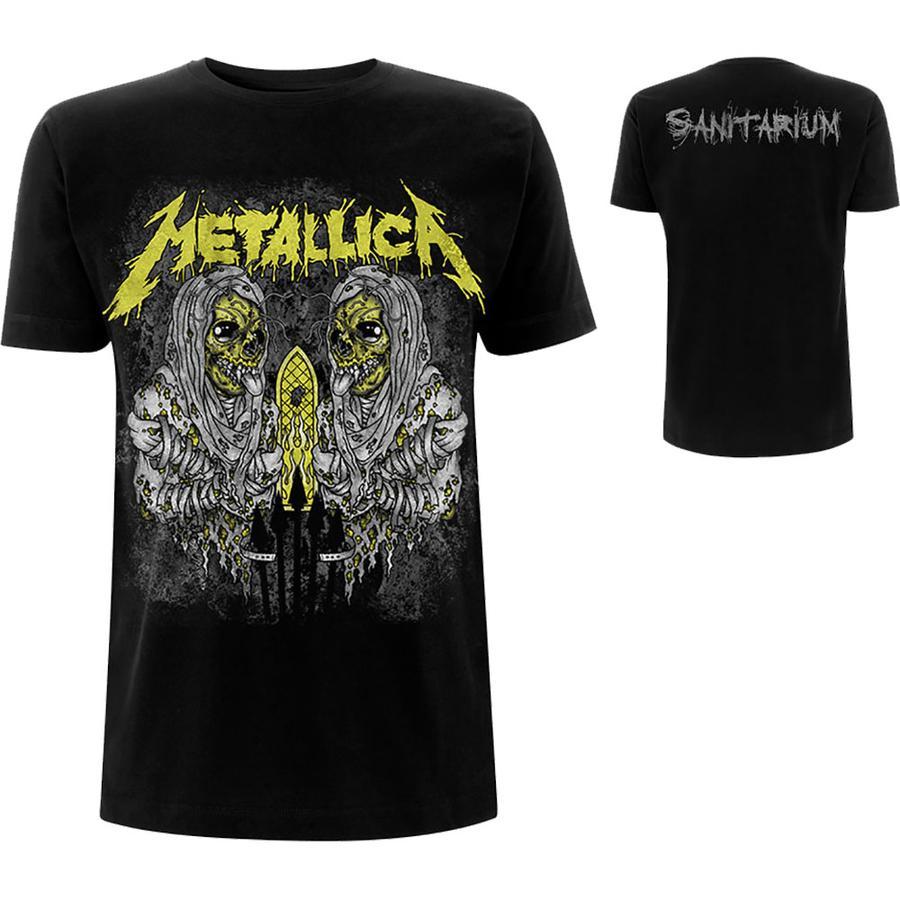 The chorus was planned to be performed in a higher register, but Hetfield recognized it wouldn't work and sang it lower.

The lyrics of this song were considerably different on the initial demo tape.

The demo tape had no chorus, and although having the same music, halfway through it breaks off into the bass Interlude of "Orion," another song on the album.

“Metallica’s best years are ahead of us”- Metallica today

Fans are still on the wait until the release of the next original Metallica album following Hardwired... To Self-Destruct, which came out five years ago, in 2016. The band  claimed to be "in a really healthy position" following James Hetfield's repeated stay in rehab treatment in 2019.

Following a tour halt due to Covid-19, they have resumed their live performances, with larger gigs planned, including an appearance at the Hockenheimring festival in Germany in June 2022.The band has also said that they have no plans to quit anytime soon.

And, as James Hetfield put it a few years ago: